A Message to Democrats Reading This Page

Over the years we have all gotten along. We have been friends, neighbors, fellow church members, fellow civic group members, and even family members. Politics has been discussed and sometimes not. Our votes in the booth have been Democrat, Republican and sometimes a little of both.

It's time to cross the line. Many of your fellow Democrats have done it. In Miller County alone we have seen lifetime Democrats wake up, see the change in their party, dislike it and reach out to the Miller County Republican Party. We are not a perfect party, but come to us and we can assure you of some things:
1. We promote equal rights for all, always have, always will.
2. We promote the Constitution as the law of the land.
3. We promote a belief in God
4. We love the flag and all it stands for in this nation, we will not trample, kneel or disrespect it.
5. We support history, truth and the foundations that are part of all American history - the good and the bad of our history.

We are you...you are us. It's time to reach across the lines and join YOUR Republican party and believe in America once more. Want to know more? It's time for you to reach out to your local Republican Party.

You can find the Miller County party here: http://texarkana-millercountygop.com/

If you live in another county, you can seek your committee here: https://www.arkansasgop.org/county-committees.html
Posted by That Writer at Wednesday, October 10, 2018 No comments:

A group of supporters and friends turned out this evening despite the rain to hear Congressman Bruce Westerman and others speak at the Miller County Republican Committee Meeting.  Wayne Smith, the committee chairman, welcomed the group and made announcements before recognizing public figures present.

Congressman Westerman brought the group up-to-date on a growing economy and attributed that growth directly to tax cuts supported and passed by himself and fellow Republicans in Congress.  He noted that there has been an increase in job growth with a tremendous decrease in the unemployment rate.  He also noted that the women’s unemployment rate is at the lowest it has been in years.

According to the Congressman, he has been amazed by some of the statements from Democrats regarding the economic growth made by opponents.  He said that Democrats have stated that Republicans did not make the tax breaks permanent; however, it was the Democrats blocked a Republican-supported bill that would have made the cuts permanent.  Now Democrats are openly stating that if they can take back the majority in Congress, they will repeal the tax cuts and in fact place new taxes on the American people.

According to Westerman, he heard former Presidential candidate Hillary Clinton say that it was “hard to be civil to Republicans when they made such a spectacle over the Kavanaugh confirmation.”   Westerman, like many Republicans, was amazed to hear this statement when in fact Democrats not only made the spectacle, but there have been rumors that they organized and even paid people to opposed Kavanaugh's confirmation.

Westerman went on to compare many Democrats and their ideas to America to those of the French after the French Revolution.  He said that the founding fathers were “brilliant” in the way the founded the nation and that it did not need to be changed.  He noted that the French have a constitution based on rights being given by the nation whereas the U.S. Constitution notes that our rights are given by God.  According to Westerman it's easy for a nation to give and take rights away, but when your foundation declares God-given rights, people have a problem with the nation taking those rights.

It was also interesting to note that in the House there was recently a resolution to state that the U.S. House supports the Constitution and the promise that only U.S. citizens can vote in U.S. elections.  Out of 435 members, 141 voted against this resolution or voted as present.  The entire 141 against or present the resolution were Democrats.

Westerman also noted that recently there was a bill introduced to disband or do away with ICE.  He said 184 Democrats voted for the bill or present.  This means that essentially the Democrats wanted to do away with an organization that protects our borders.

Once Westerman was finished speaking, it should be clear to anyone listening that there are several problems with the Democrat Party of today.  In this writer's opinion, the Democrats want to:

1.      Roll back tax cuts and take more money from Americans
2.     Impeach a President and a Judge with no proof or evidence
3.     Raise taxes once they repeal the current tax breaks
4.     Open elections to anyone, not just U.S. Citizens
5.     Open our borders to allow anyone entry into the country without review

Democrats do not want a Constitution based on the rights we currently have.  They want to rewrite, redraw, and change those writes to fit their specific agenda.  They are willing to lie, deceive and even throw out the rule of law to get their way.  Any American, Democrat or Republican, should be very concerned when a party starts down such a dangerous path.
Posted by That Writer at Tuesday, October 09, 2018 No comments:

Posted by That Writer at Wednesday, September 19, 2018 No comments: 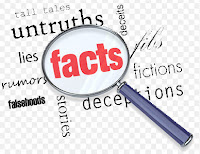 If you listen to the Democrat’s propaganda machine you will believe that Republicans hate minorities, hate women, and under no circumstances do they want women or minorities to have any power or position in our great country…. that is, if you listen to the Democrat’s propaganda.  The fact is the propaganda that is so eloquently delivered and so quickly devoured by the loyal followers of the party is nothing more than bold-faced lies that to be frank are akin to the Nazis propaganda spread in a similar fashion in 1930’s Germany.  Yes, that’s right, I just went there.  Oh, don’t worry, we’re not offending anyone – after all the Democrats have compared Republicans to Nazis for some time now.  It is nothing new to compare an American political party to the Nazi party of 1930s Germany.  It is just that the allegations clearly do not fit the Republicans.  No, the allegations of false, misleading, and lie-filled propaganda akin to the Nazi Propaganda machine sits squarely on the shoulders of the Democrats and their leaders.

If you don’t believe my assessment, then read any social media, newsfeed, or chat area online.  A quick search on Google will land you articles like “Why Republicans hate women” and social media post like, “I don’t know why any women would want to be a Republican” or “Why would any responsible African-American vote Republican?”  I don’t have to provide the evidence, it’s there and you know it.  You know because you see it, hear it, and read it daily on your Internet feeds.

Now here is the truth folks – are you ready to wake up?

Ronald Reagan appointed the first Latino American to a presidential cabinet.  Regan appointed Lauro Cavazos in 1988 as the Secretary of Education.

Donald Trump nominated the first African American woman to the position of general in the U.S. Marines.

Trump has also nominated other women to what is considered cabinet-level positions including Nikki Haley as Ambassador to the United Nations, Gina Haspel as Director of the CIA, and Linda McMahon as Administrator of the Small Business Administration.   So basically, President Trump – the current target for the Democrats to point out how he hates women and minorities has nominated not only women and minorities to offices on a cabinet level, but he has also pushed for the promotion of America’s first Female African American General of the United States Marines.  Yes, it certainly sounds like President Trump hates women and minorities for sure based on all his actions to promote them to high-level government positions….

Now that you have a few examples of how these lies by the Democrats are completely wrong, let’s look at a state level in Arkansas.

Arkansas is currently held by a Republicans in all the state's constitutional offices.  Now, these women-hating Republicans in Arkansas have an Attorney General who is a woman in Leslie Ruthledge and a female state Auditor in Andrea Lea.  Amazing that they would tolerate women in these state constitutional offices…where’s the men who need to stand up and run for these offices?  It should also be noted that Governor candidate Jan Morgan, surprise…. a female Republican…held a 30% of the voters against the incumbent male Republican Governor Asa Hutchinson.  It was a very good showing for a female who is relatively unknown in politics around the state.  Consequently, many of her supporters are also male and female Republicans!

Finally, let’s settle down to our own little Miller County.  On May the 22, 2018, the votes came in on the county level.  The county has a Sheriff, a Judge, a Circuit Clerk, a County Clerk, a Treasurer, a Collector, an Assessor and a Coroner.  All these offices had filings by Republicans only which means that the winner on the 22nd, will be sworn in on January 1, 2019.  These winners will serve four-year terms at a county level.

The horrible, women-hating Republicans of Miller County, Arkansas voted in two men (Sheriff and Coroner) and the rest, six offices in all, will be held by Republican women.  Since the Sheriff is stationed out at the jail facility, and the coroner only works when needed, the Miller County Courthouse, for the first time in history, will be dominated by all women office holders for four years starting in January 2019.

No, my dear Democrats and those who hear their propaganda, history back to the founding of the Republican Party does not show a hatred for women or minorities.  Even when Susan B. Anthony voted illegally, she did so for all Republican candidates because they were working to promote women’s rights and the women’s right to vote.  The party was founded as an Anti-Slavery party that worked to free slaves and help former slaves even before the war, has always promoted minorities and women rights.  Ironically an amendment went to Congress one hundred years ago in 1918.  That amendment, pushed and worked for by Republicans, would be ratified and become law in 1920.  At that time women would gain the right to vote from a Constitutional Amendment.  No, history does not support your Democrat lies and propaganda.  Further, the current times do not support those lies and propaganda either.  From the county level to the highest office in the land, Republicans continue to work to promote minorities and women at all levels.  You cannot deny when women and minorities are sworn into offices as Republicans across this nation…the Democrat propaganda simply does not hold up to the facts.