Democrats Continue to Cry Over Elections 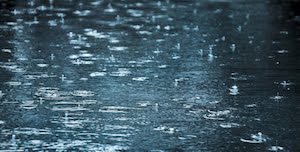 There is an old Country song that starts out "There's a tear in my beer...." and it could be the song of the "Crying" Democrat Party since the Presidential elections.  Yesterday, Republicans handed Democrats another loss as Karen Handel defeated Jon Ossoff in Georgia.  With that election, the crying continues.

The Democrat theme lately has been "Anyone's fault except mine!"  Most will remember election night 2016, when Hillary Clinton could not even make an appearance at her own Victory, or Losing, party.  She sent word out with someone else, made a concession call to Trump, and stayed out of the spotlight until the next day.  Tradition has always been to have a Victory/Losing party for Presidential elections.  I say "Victory/Losing" because someone is going to win and someone is going to lose.  In other words, someone is going to party all night and someone else is going to talk to their supporters, thank them, and gracefully bow out.  That did not happen this last election.  Clinton was nowhere to be seen at her "Losing" party.  Shocked supporters cried across the nation and even on national television as Hillary - the favorite by many polls to win - was upset by the billionaire, businessman.  Instead of having the support and hearing words of encouragement and unity from their candidate, supporters were left to hear from a second-hand messenger that Hillary had called Trump and conceded the election.  No major players - not Hillary, not Bill, not their daughter - made an attempt to appear and thank supporters.

What happened next was shocking for American politics.  College students needed safe places to go and cry about the loss, academic classes were cancelled across the nation, and even finals were cancelled for some colleges because Hillary Clinton had lost.   Then the riots started with people destroying property, threatening Trump supporters, and searching for someone to blame for the loss.  They finally found it.  The media that supported Hillary began to yell that the Russians had somehow acted in the elections and influenced them.   Along the way they started to blame the electoral college - saying it was outdated and that Hillary should have won by the majority of the votes only - suddenly they forgot the very reasons an electoral college was put in place to protect the nation from one area only having all the power to elect a President.  They yelled, the screamed, they cried, they blamed everyone.....that is they blamed everyone except their own candidate.  Perhaps the only Democrat to actually, and honestly set out the blame, was Vice President Joe Biden who said that Hillary just wasn't a good candidate.  Biden was alone though, and the rest of the party sought to blame someone else.

Don't worry, the blame game is not over.  Now special investigators are being set up to look into the Russia connection.  Ironically, most of the investigators being assigned were Hillary Clinton supporters - now if that isn't a major bias in the investigation, then I don't know what is!  It's crazy, but it is happening.  The fact of the matter is, the only way Russia could have influenced any election outcome is exactly the same way any country, any group, or any individual could have done it.  They could have posted social media, they could have bought ads to support a candidate, or they could have donated money - Do we really want to look at how much money Clinton has taken from other countries?  Really?

Yesterday with the special election in Georgia, Democrats were again defeated.  They had invested money from Hollywood, from around the nation, and they fought for that position in the special election.  The fact is they did a really good job running the campaign.....they simply lost the election.  It's a time when the candidate and everyone in the media should say, "Good job, congratulations to my opponent.  I hope to run and seve the people again someday," and then move off the stage.  Did that happen?  No....Did Russia interfere?  No....Then what in Georgia could have caused the Democrat defeat.....Rain.  Yes, a major media outlet has now pointed out that the rainfall, increased likely from the tropical storm, caused Democrat voters not to turn out.  Since, to my knowledge, the Russians can not control the rain, then that leaves only two by extension for the Democrats to blame - either Mother Nature, or God caused the rain that caused the Democrats to not turn out and lose yet another election.

As much as I would like to hope that God is a Republican, and that Ronald Regan is on our Creator's advisory cabinet in the sky, I really do not believe God is overly interested in the affairs of the Democrat or Republican Parties.  He pretty much has His hands full with the universe, but hey - if the Democrats do go beyond the Russian, the Rain and whatever else they may blame - there will be some of their numbers that truly believe that Almighty God Himself has tweaked the ballots against the Democrat Party and cost them yet another election.  Maybe a more realistic view might be to realize that the American People are no longer blind and will no longer be lead by a party with a long history of deception, falsehoods, and racism- a history that they so often try to cast on the Republican Party.