Democrats Need to Shut Up 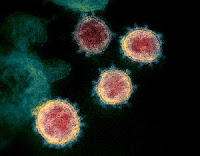 You read corect "Democrats Need to Shut Up."

Almost immediately after the President made his statement regarding the Corvid-19 virus, Democrats began yelling and screaming that the President had not done enough.  They yelled that he was at fault for the spread of the virus in the United States and that he was to blame for the shortage of testing kits.  Well...America is fed up with it.  Democrats - those yelling about Trump being to blame for the Corvid-19 in the United States - SHUT UP.

Democrats have no room for complaining.  Why?  Well, here's a simple fact, while this potentially deadly disease was coming to light in China and starting to spread, you (Democrats) were busy parading around Washington, handing out impeachment pens, and celebrating the fact that you were initiating impeachment proceedings against the President.  You, Democrats, were so wrapped up in the idea of "Get Trump" that you failed on a monumental scale to watch, consider, and have a plan developed for a real crisis that was coming together quickly out of China.  You were either too wrapped up to notice, too stupid to notice, or you simply cared more about "Get Trump" than you did the American people you represent.

Too harsh?  Really?  I don't think so.  Let's review the timeline here shall we:

January 15 - The House votes at Pelosi's urging to send articles of impeachment to the Senate.

January 21 - Covid-19 comes into the United States from China

January 23 - Opening arguments in the House and at the same time China shuts down access to the Wuhan area.

January 30- Senators start two days of questions while the World Health Organization declares an emergency.
January 31 - Senate votes on more witnesses.  At this time, while fighting an impeachment shame, President Trump declares an emergency and places travel restrictions on travel from and going to China - at this time Presidential hopeful Democrat Joe Biden yells that Trump is guilty of "Fear-mongering."

February 4 - President address the Corvid-19 virus in his State of the Union address.  It's an address that Pelosi rips up, calling it all lies.

February 5 - Senate votes and ends articles of impeachment and attention is turned to the Corvid-19 virus.


The bottom line... The President not only had to fight an impeachment trial, but he had to continue to protect and safeguard America.  He did his job.

No!  You do not get it both ways, dear Democrats.  You ignored the problem.  You focused on Impeachment.  You fought with the President and even called his concern over the Corvid 19 virus wrong.  Then, when you lost the battle just as you knew you would from the very start.  At that point, you suddenly want to take up the battle and work on it.  But you can't even work on the crisis while keeping your mouth's shut.  Even now, as you attempt to look good once again in the public's eyes, you can not simply shut up and listen.

It's sad, but the fact is you will not shut up and listen...you will continue to fight the President at every turn.  It's plausible, and extremely likely, that if the President's team finds a cure for Corvid 19, you Democrats will say, "That's not the cure" and fight him all the way on that including possibly keeping away funding that would help.

One thing is certain though... you had better hope that the hatred for President Trump runs deep enough in the eyes of your voters.  If it is deep enough, then they will keep electing you.  If that hatred is deep enough, they will elect you even if you continue to put their lives and safety second to your chase after Trump.  If you can't keep that shame going, those Democrat voters are going to wake up and realize you don't give two cents about them as long as they vote for you.

Yes...Now would be a good time for you to just shut up.