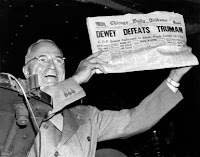 Early voting has started in most of the country and already people are casting votes to determine who our next president will be in 2017.  We have a choice now that will set the direction of our country not only for four years, but for years to come afterwards.  Trust between the military and their Commander-in-Chief, or mistrust and fear.  Trust between the American public and their President, or loathing and mistrust.

In recent weeks I've traveled a lot of Arkansas and Texas.  Everywhere I go I see signs that say Trump.  I see a few Hillary signs, but not nearly as many as I do Trump signs.  Positive talk about Trump dominates the social media outlets - yes there is negative too, but positive seems to be everywhere.  Experts on elections have already predicted that Trump should win - allegedly this one guy has not been wrong since 1984, but everyone makes mistakes.  Unfortunately, the mass media's polls seem to reflect that Hillary is leading.

The sad part is these polls have been accurate for elections where Carter was ahead of Ford, Reagan was ahead of Carter, Clinton was ahead of Bush....and so on.  The news is now reporting that no candidate has ever won with the poll numbers where they are currently and this close to the election.  Most media outlets are already preparing to write Trump off as a has been.  I imagine many of them already have their headlines ready for November 9th.

All we can do at this point is promote Trump to the world, show what he has to offer America and remind the American voter that Trump propelled to the top of the Republican ticket not because he was popular and loved, not because he was a great politician, and not because he is a great speaker.  Trump rose because he is a non-politician.  He is the opposite of what most Americans are sick and tired of seeing everyday.  Americans are tired of business as usual in Washington - elections come and go and Congress rarely changes.  Everyone talks big about fighting Obamacare and taxes, but once the elections are over, they return to Washington and go about business as usual.  In a nutshell, they seem to be telling Americans, we only need your votes to stay here - that doesn't mean we will do anything for you.  Trump on the other hand represents the opposite of that.  From the start he built his campaign with his money, he traveled on his dime and in his jet, and he reached out with his dollars to America. He gave up countless television opportunities and has taken heat for things he would never have been accused of doing had he not run for president.

In these final days, you can tell your friends about Trump, encourage them to vote for him, but there is a good chance that he will not win.   However, as I sit thinking about Trump's situation and I watch him still reaching out to America, I'm reminded of another politician that the media once said would not win the election for President.  So confident was the press, that they even printed the article before voting was completed.   That president simply kept fighting, kept going, and when the counting was done, the headlines would forever be immortalized as being wrong.   Funny how that man's name also started with a "Tru".

Posted by That Writer at Wednesday, October 26, 2016 No comments:

Trump and The Final Hours of the Campaign 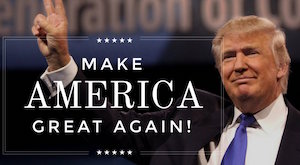 We have now reached what can be called the final days, or in truth the final hours, of the 2016 Presidential Campaign.  It's a point where days no longer count, it's now the hours that must be counted.  Votes are already being mailed in and soon early voting will start.  Recent trends have been indicated that early voting in some areas is higher than voting on election day, so this has to be considered the final hours of the campaign.  As these final hours close, it's natural to expect all candidates to pull out all the stops, but once again it appears that the Democrat Machine is in full force for candidate Hillary.

Trump has seen his popularity go up and go down over the years and certainly he has made enemies and friends in business and television.  Because of his ups and downs with popularity, it is no wonder that the Democrats would have no trouble finding a list of people willing to attack Trump's character.  Suddenly out of nowhere women are stepping forward to say Trump grabbed them, touched them, and even forced himself on them.  One even said that Trump moved the first class armrest in a plane up so that he could touch her - an amazing feat for Trump since these armrest rarely are movable in first class - but hey.....maybe her memory wasn't paid enough, or maybe she just forgot.

Already we have seen the Democrat influence not only with these "Sudden Allegations," but also with the media.   Trump has said a lot in this campaign and often he goes off his speech notes.  Hillary has done the same thing.  In fact, both candidates have made mistakes in their figures, facts, and presented outcomes while campaigning to the American people.  After each debate there is no shortage of people pointing out the wrongs on both sides.  The Democrat Machine has worked tirelessly to take any statement Trump has said and ensure the media twist it, or leaves out key parts to make Trump look bad.  For the first time, perhaps in the history of American politics, we have the Democrat Machine manipulating people to turn out against Trump and manipulating the mainstream press to turn out against him at the same time.

But a funny thing has happened along the way.....Trump has remained constant.

Trump has done two things that Hillary has failed greatly at doing.  First, when confronted by an issue or a statement about his past that was true, Trump simply said that yes he did it.  In some cases he has even apologized to the person and the public for doing it.   Hillary has never told the truth from blaming a film for attacks against our embassy to making statements like "We were broke when we left the White House."  The truth somehow seems to evade her lips daily.

The second thing that Trump has done is to give up a lot for this campaign.  He has given up television contracts, had contracts cancelled, and has even poured his own money into the campaign.  Hillary on the other hand has continued to take in funds from her book sales, continued to receive donations at the Bill, Hillary and Chelsea Clinton Foundation (Yes that's the name of it), and continued to run her campaign almost 100% on donations from Democrats and supporters.  Trump has shown that he believes not only in America, but he believes in the campaign he is running.  Hillary on the other hand has shown that she might stop taking foreign donations at the foundation, if she is elected....

At the end of the day, those who might say Trump is his own worst enemy, may need to stop and remember some simple questions.....Where were all these accusations of misconduct against Trump when he was in the public eye and on television all the time?  The possibility of financial gain is no different now than it was then with a billionaire....so why now?  Could it be that the Democrat Machine is so afraid that Hillary might lose that they were willing to pour the money into these allegations now?  .....Think that's a wild idea.....then you may want to look back at how hard the Democrat Machine worked to beat a 75 year old Senator in their own party out of his opportunity to be the nominee.